Making history in Nebraska and around the world.

In the 1960s construction contractors used space heaters and a combination of wood framing and plastic tarps to enclose concrete and masonry work. It was crude and inefficient, but it kept crews working though the cold winter months.

Ron Kellogg, a construction contractor in Fremont, Nebraska, frustrated that the enclosures were inefficient and unreliable, developed a reusable steel framed panel system with a fiberglass insert.  It worked so well that he began marketing the enclosure panels to other contractors.

This concept of a reusable panel system that originated in Nebraska has been used on all types of construction projects from simple commercial to hi-rise enclosures and in the construction phase of almost every nuclear power plant in the United States.

Over the years, the United States Armed forces have utilized Kelly Klosure panels for everything from temporary camps on the Sinai Desert to a temporary command post in Puerto Rico. Kelly Klosure’s versatile building and enclosure solutions have been used by every branch of the military.

We look forward to the next 50 years with excitement, and a continued dedication to innovation and customer service. 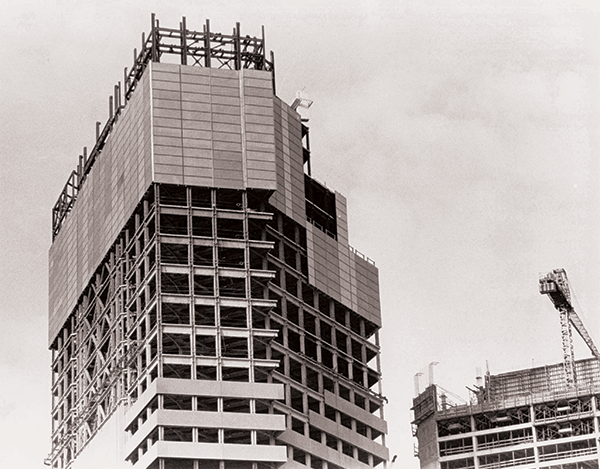 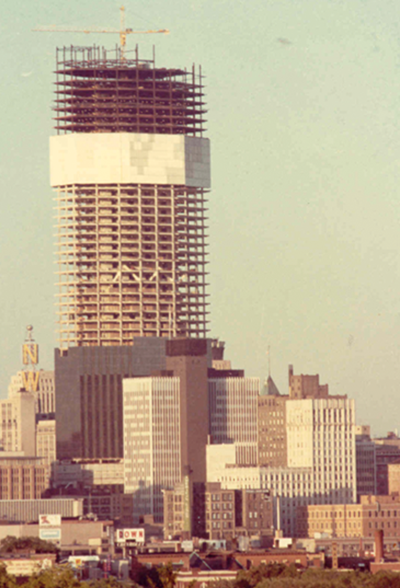 As these plants came online, expanded metal inserts were used in the panels frames to make a “see-through” reusable security panels system.

Ron Kellogg’s vision of an efficient means of enclosing cold-weather construction took a huge leap when contractors with large high-rise projects used the panels to enclose multiple floors of the building which allowed the contractor to pour concrete during the winter months. They then moved large, multi-story sections of panels up the side of the high-rise as the pours were completed. Fire-proofers worked hard to keep up so that they could take advantage of the heated floors as well.  Contractors found that the heat cost savings along with labor efficiency nearly paid for the enclosures in one use. The work completed in the winter months allowed them to bring the project in on time. Kelly Klosure panels were used in the construction of some of the most high-profile high-rise buildings across the country. 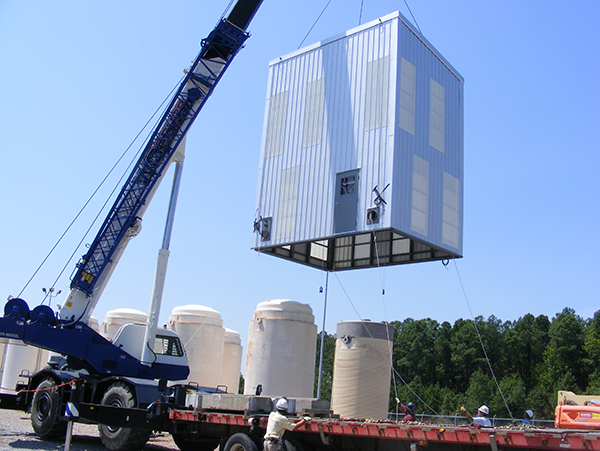 The evolution of Kelly Klosure panel technology continued in the 1980s with two significant design developments:  the Perma-Con decontamination system and the semi-permanent, (or if needed, permanent) re-locatable System 2 Building line.

The Perma-Con panel was developed in response to the disaster at Three Mile Island. Kelly Klosure teamed up with General Dynamics - Reactor Plant Services (RPS) to create a re-usable panelized decontamination enclosure system. The panel system utilized the Kelly re-usable frame faced with a flat stainless steel sheet to create a panel that could be washed down after use. RPS applied their expertise in the ventilation systems required for workers in the decontamination processes. The Perma-Con product is used extensively in nuclear power plants and at Department of Energy sites across the country.

The early 80s also saw the evolution of the Kelly Klosure product line with the design and development of the System 2 Building. The System 2 Building revolutionized the metal building industry in many ways while staying true to the Kelly culture. The system utilizes Kelly Klosure’s panel technology to achieve a re-usable/re-locatable steel building system capable of meeting structural building codes and achieve a completely watertight system. The key to the system is the anti-syphon overlapping edge creating a water-tight seal, plus the adaptable steel angle/channel panel frame, which allows for the required structural capacity. Kelly utilized rigid insulation to make factory assembled, insulated panels (when insulation is required).  Personnel doors, windows and ventilation accessories are also factory installed. The factory-assembled features maintain Kelly’s commitment to speed and efficiency in the field. All of this in a completely relocatable steel building system. 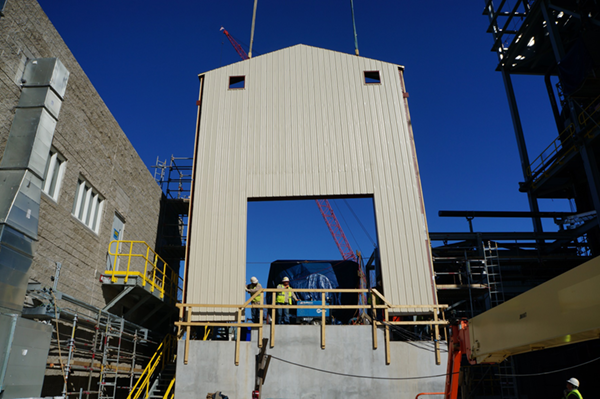 The nineties also saw the development of a smaller building system to complement the System 2 Building. This smaller version of the System 2 Building utilized the same anti-syphon overlapping edge panel design, but also incorporated a unique hinged roof panel. The structural design made for a cost-efficient building for smaller spans, but maintained the ability to remove roof sections or lift the building intact. 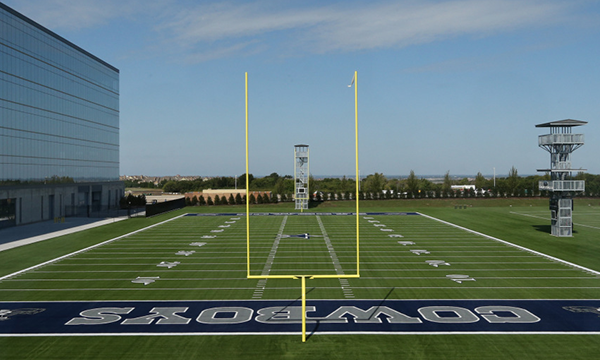 The new millennium saw Kelly Klosure team with Porta-King Building Systems to form PK Structures. The culture and commitment of the two companies have made PK Structures a significant force in the industry in the design and production of mezzanines as well as military firing ranges and band towers. 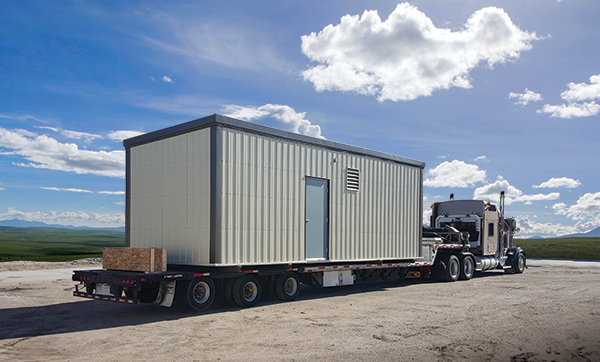 Even with the speed of assembly achieved by the factory assembled features of the Kelly System, there are times when the manpower is simply not there. Kelly Klosure responded to that that segment of the market with the development of the Kelly Pre-Built Building, complete with electrical and heating and air-conditioning when required. Pre-Built Kelly Buildings are available as drop-over units or with full-floor systems. 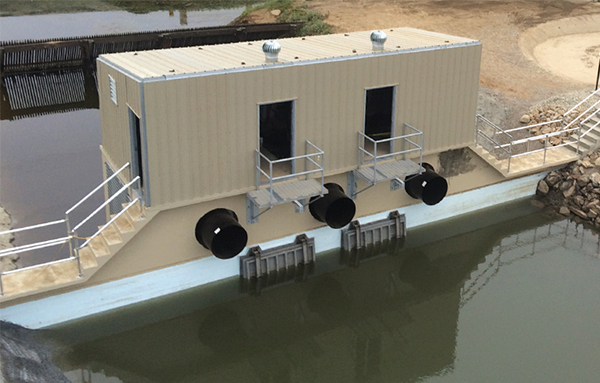 All of the products described above are still viable in the marketplace, including Ron Kellogg’s original “Classic system” weather protection panels. Our commitment to Ron’s vision of developing products designed for efficiency and re-use continues.

As you can see, the evolution and revolution of Kelly Klosure’s panelized approach to the enclosure/building industry is driven by the needs of our customers. We look forward to working with you in the future to meet those needs.

Fill out the online form.

Ask a question, sign up for updates and more.